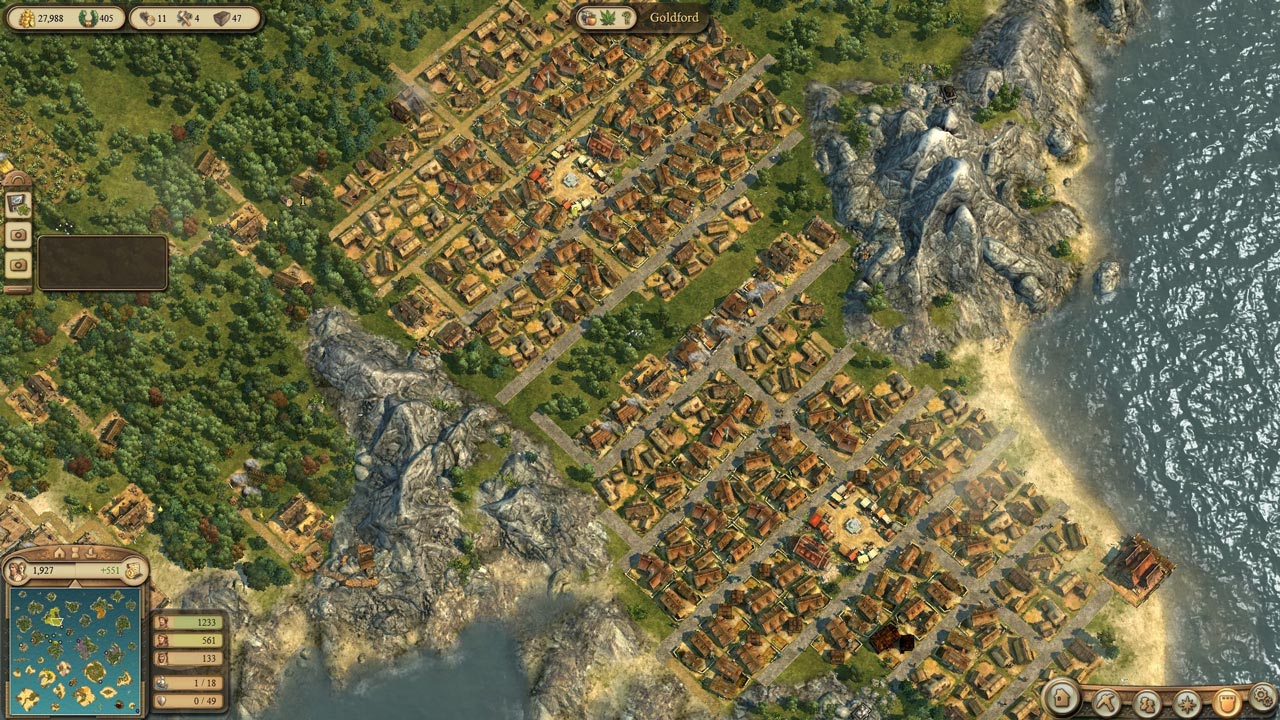 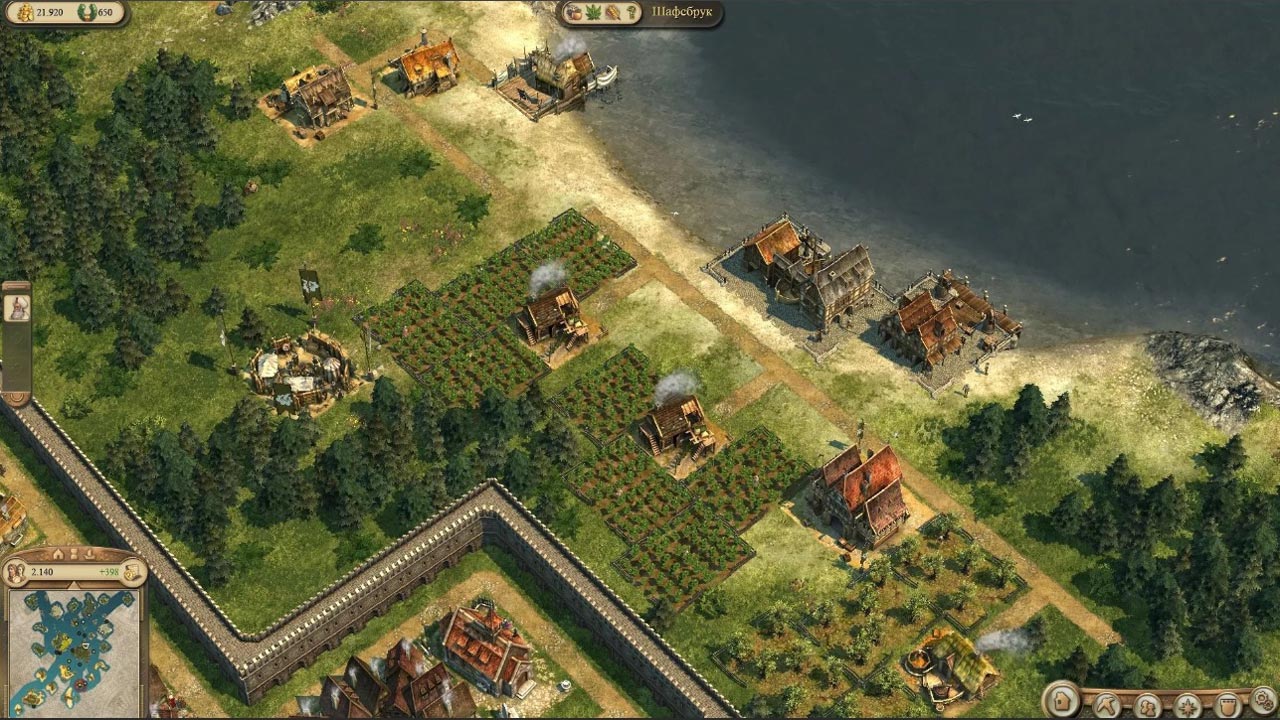 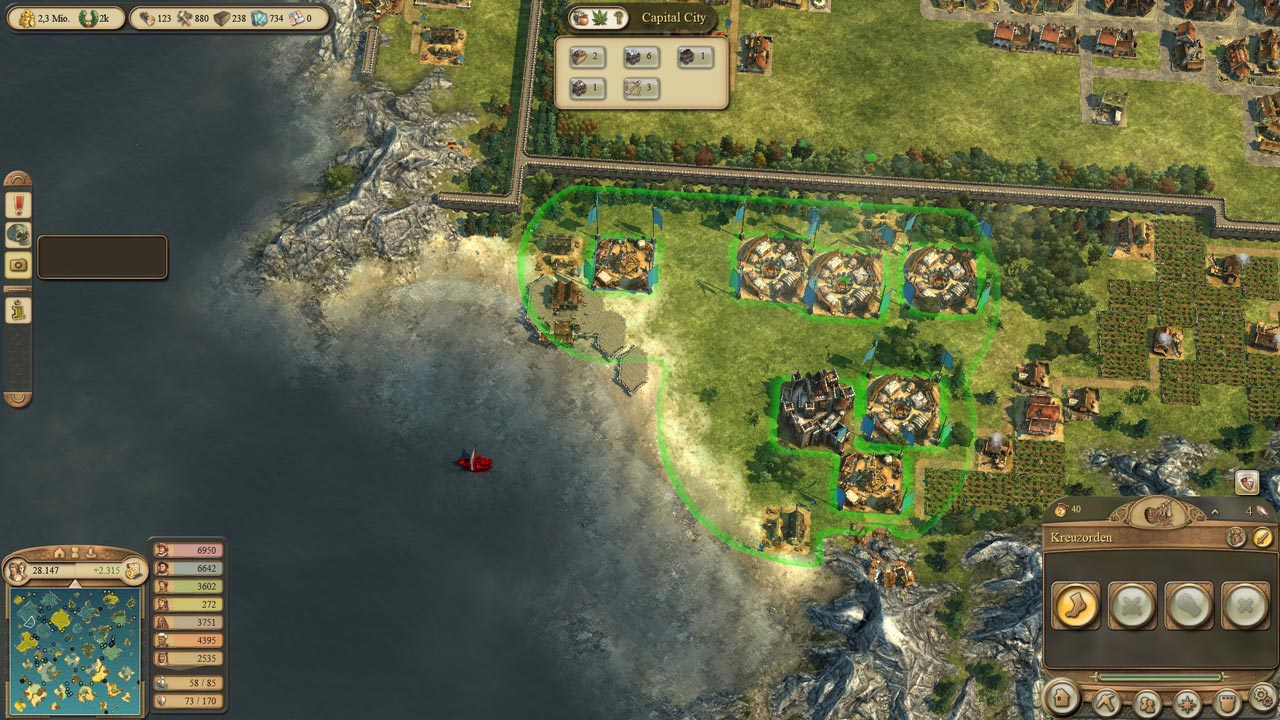 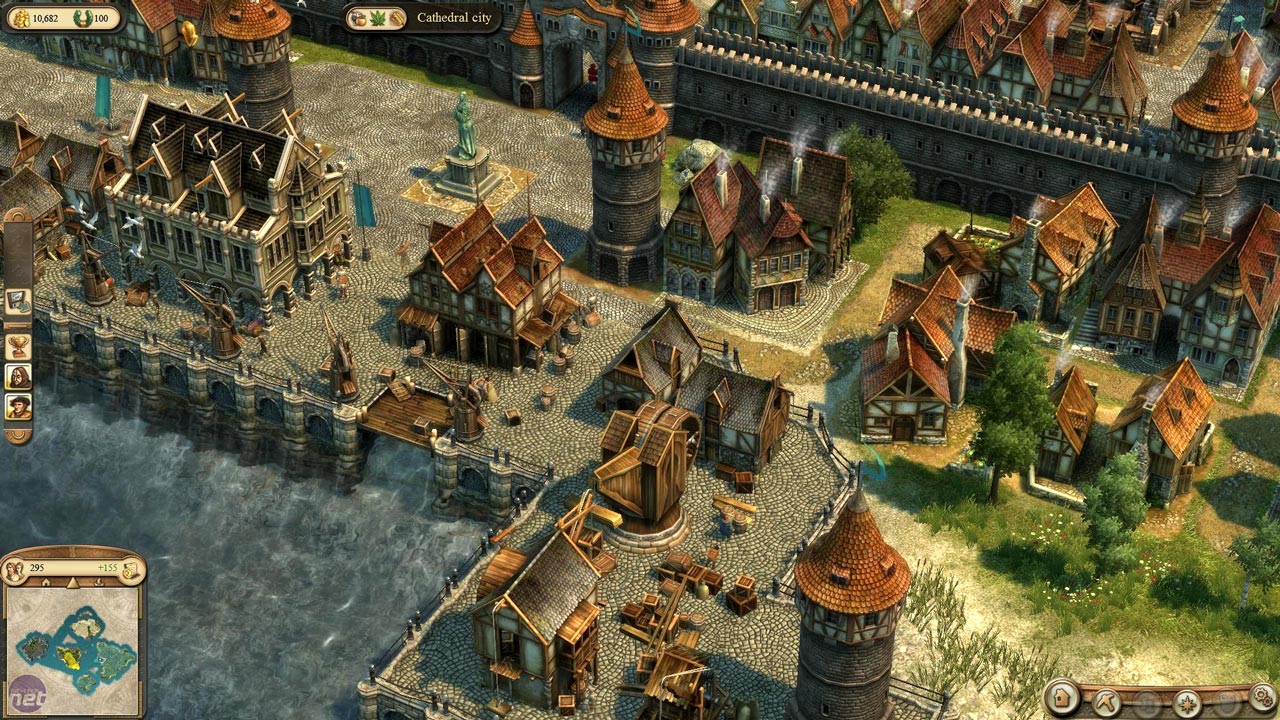 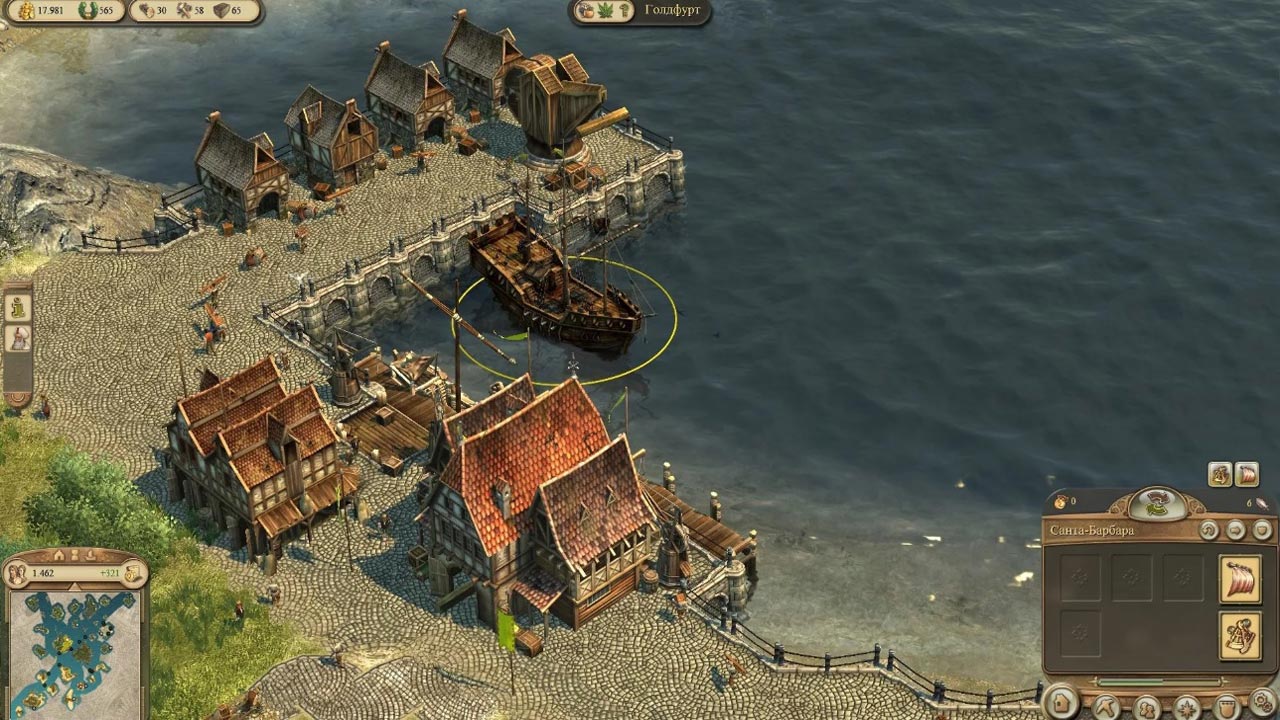 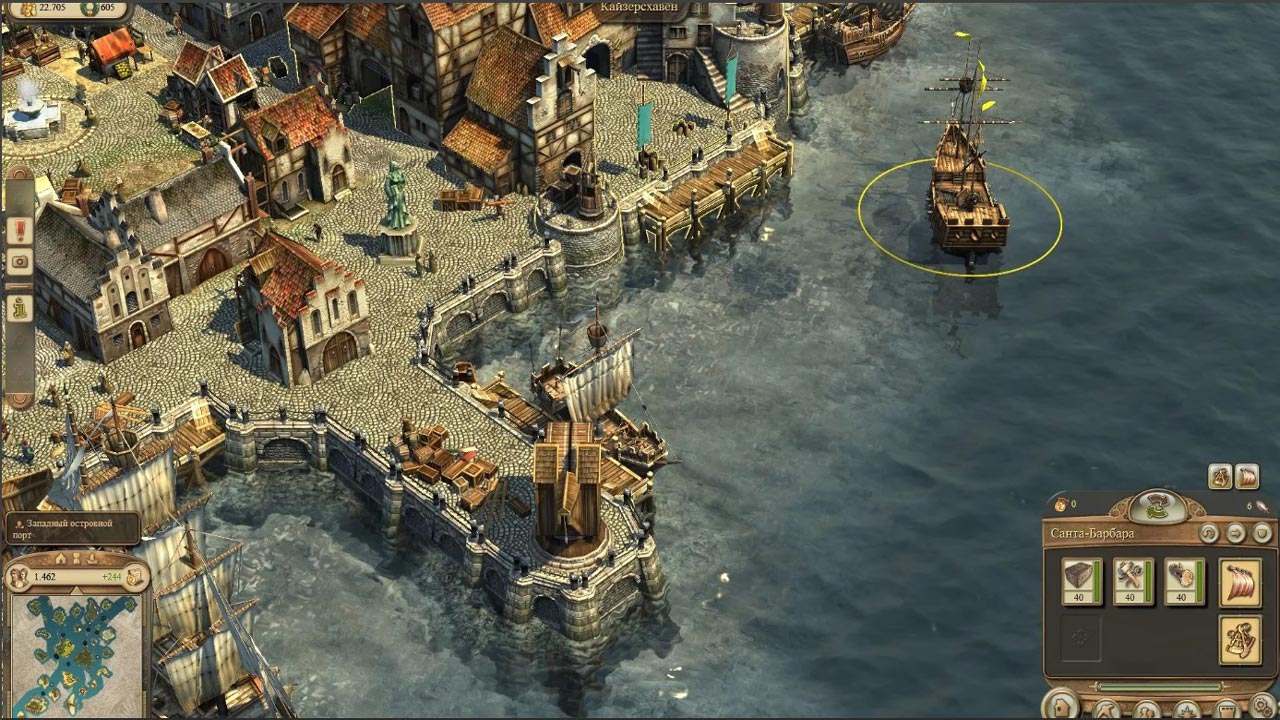 AlternativA information about the seller and his items
onlineAsk a question

Seller will give you a gift certificate in the amount of for a positive review of the product purchased.

ATTENTION! This key is intended for activation in Uplay (not on Steam). Keys purchased by mistake cannot be exchanged or returned.

ATTENTION! This product is intended for use only in the following countries: Russia, Armenia, Azerbaijan, Belarus, Georgia, Kyrgyzstan, Kazakhstan, the Republic of Moldova, Tajikistan, Turkmenistan, Uzbekistan, Ukraine. In other regions will not work.


Anno 1404 and its complement is an award-winning game that combines economics, construction, research, diplomacy and battle. Build huge cities, developing an idealized historical empire in the East and Renaissance Venice.

The unique combination of simulator and real-time strategy will allow you to create your own people, with whom you will explore the world, trade, learn new technologies and create a great empire that will surely leave a mark on history.

• Welcome to the East! Build a settlement and get acquainted with the technologies and culture of the East.
• Build huge cities! Build a harbor on the picturesque coast and lay a new city with streets, walls and castles.
• Play the way you like! Change the interface to your liking. Create new adventures in the world of Anno with powerful editors and share them with other players.
• This game is available for both beginners and experienced players! The interface is simple and understandable to anyone, and fans of the strategies will be able to customize the game as they want. An exciting campaign will introduce beginners to the world of Anno, and in the sandbox mode, players can create any adventure. In the captain’s magazine you can see special titles, medals, new abilities and other awards.
• In Anno 1404: Venice, a new locale has appeared - Venice. The rich world of Anno 1404 has replenished with Venice and new opportunities for interaction. Two new types of ships can be built in Venice: large and small merchant ships. Develop secret diplomacy, send spies to enemies to restrain their development. Expand your influence on the governments of enemy cities and take them under your control.

1. You need to download and install the Uplay client: http://uplay.ubi.com/ (if not already installed)
2. Launch Uplay
3. Create a new account or log into an existing one
4. After opening the application, click the settings icon in the upper left corner, then select “Activate product”
5. Enter the activation key you purchased
6. After that, the game will appear in the library of games and it can be installed

ATTENTION! Before buying, please check the system requirements of the game and other parameters that interest you (they may change with time). This can be done on the sites Steam / Uplay / Origin or the official website of the publisher. Goods purchased by mistake, as well as unsuitable for system requirements or region of activation, can not be returned and exchanged!

Dear customers! Convincing request, if there are any problems with the purchased goods, do not leave a negative feedback immediately. Write us a message in the correspondence (the purchase page on the site Oplata.info). We will try to respond to your message as soon as possible and promptly solve the problem. We draw attention to the fact that the basis for the exchange or return of the purchased key (key), which gives an error when activated, can only be VIDEO RECORD of the purchase process and subsequent attempt to activate it (mandatory condition - the record should not contain editing features).

We will be grateful for every positive feedback you have left after the purchase. Sincerely, the project team "AlternativA".

Seller will give you a gift certificate in the amount of for a positive review of the product purchased..